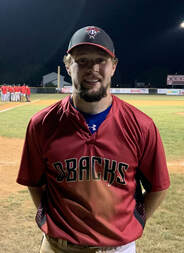 Zach Roberts was heads above the rest, leading the league in batting average at .457, and in hits with 37. At second base, he had 28 assists to lead the league, and was third in putouts with 15, helping to lead the Diamondbacks to a third place finish. Roberts hit two home runs, one for two runs and the other a grand slam, against the Elkton Blue Sox on June 18. Roberts was leadoff batter for the East in the RCBL All-Star Game. A 2019 graduate of Eastern Mennonite University, Roberts has not played in the RCBL since the 2018 season.
Pitcher of the Year - Kirk Messick, New Market Shockers 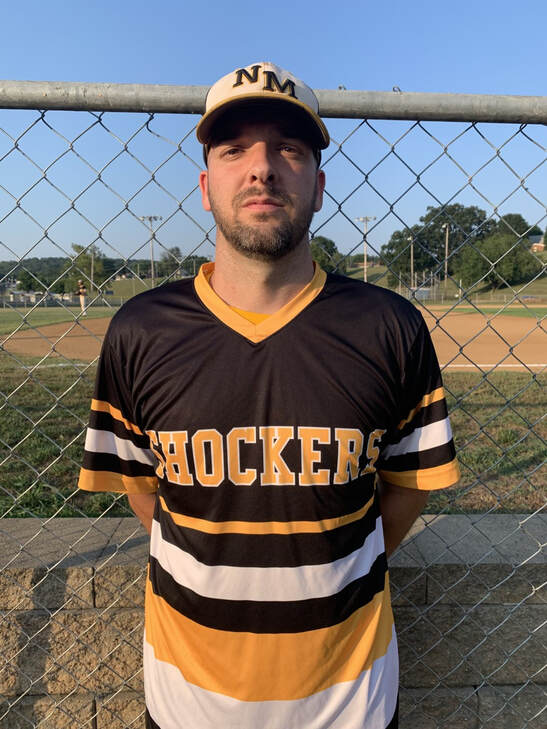 At 35 years old, Kirk Messick has been in the RCBL for a long time. He first started playing with the Broadway Bruins 18 years ago at the age of 15. Functioning as an assistant coach, pitcher, and intern with the RCBL media staff, Messick was a key part of the Shockers’ first regular season title in 49 years. He went 5-0 on the mound, the best record in the league, and was second in ERA at 2.14. He pitched a complete game shutout with just four hits and five strikeouts at the Bridgewater Reds on July 13. Messick was also pitcher of the year back in 2006 with the Broadway Bruins.
Rookie of the Year - Hunter Clever, Montezuma Braves
Coach of the Year - Les Sandridge, Stuarts Draft Diamondbacks